Ask for Dean or Sharon 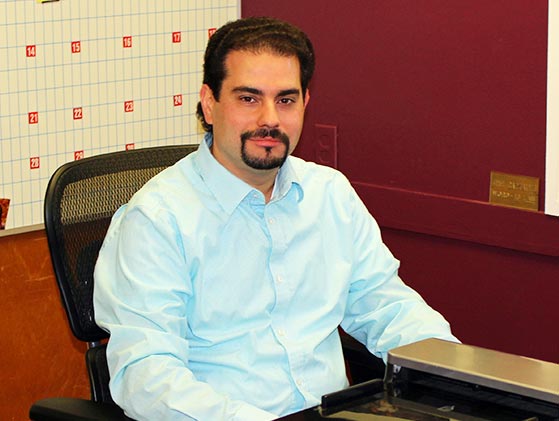 In the 1930’s, Charlie Barnes owned a Sand & Gravel Delivery Business in the Stonington Area and occasionally helped his neighbors move. The demand was so great for moving furniture and household goods, that Charlie obtained his Connecticut State Hauling Authority License #CT 233, (one of the earliest licenses in the State). He located his Company on Route 27 in Mystic, Connecticut, 1/2 mile from the Mystic Seaport.

In 1960, Robert & Frederick Barnes bought the business from their Uncle Charlie and in 1968 Jeffrey Barnes came to work for his father, Fred.

In 1974, they moved to their present location on Route 184, the Goldstar Highway in Mystic, Connecticut and in 1980, they put in a Certified Truck Scale and joined National Van Lines

Carol Barnes came to work for her husband, Bob in the late 1980’s and the four Barnes’s ran the business until Bob Barnes passed away in 1997.

The Business was put up for sale in 1998 and Dean DePietro, then President and Owner of Presidential Van Lines in Providence, Rhode Island, saw the potential due to the location, and purchased the Company in February 1999. Since then, the Company has grown substantially. Barnes Moving & Storage joined Mayflower Transit in 2001 servicing all of Connecticut and Rhode Island. The company proudly serves America’s military by servicing the Naval Submarine Base in Groton, CT and The Newport Naval Station in Newport, RI.

Please call for a free quote over the phone. Ask for Dean or Sharon who will take the time to assist you.

Barnes Moving and Storage is an agent for Mayflower Moving who has been around since 1927.Our company takes pride in serving all of 16 towns in Middlesex Country for all your moving needs.

Barnes moving and Storage in Mystic CT is more than happy to service all of New London County moving needs. Being a part of the community is just who we are from helping store you precious goods in our secure clean storage facilities to Moving across country for a new adventure, let Barnes Moving and Storage make your life a little easier.

Barnes Moving and Storage Services all 13 towns in Tolland County CT. We specialize in all residential and commercial moving. Tolland County has over 50,000 households and a population over 138,000 people.

Barnes Moving and Storage would like let the residents of the quiet corner of CT know we are able to help them with all there moving needs. Windham County is the northeast part of Connecticut with a population of 119,000 people.

Barnes Moving and Storage is your premier moving company serving all of Martin County FL. At Barnes we take pride in making sure that your move goes as smooth as possible. You can count on us that your most precious items are delivered safety and on time. Barnes Moving and Storage is fully licensed and insured and serviced hundreds of families move locally, long distance and even internationally.

Best Moving Company CT Are you searching for the best moving company in CT? Barnes Moving & Storage can [...]

Best Moving Company Guilford CT Are you looking for the best moving company in Guilford, CT? Look no further [...]

How To Prepare For A Move in Mystic CT